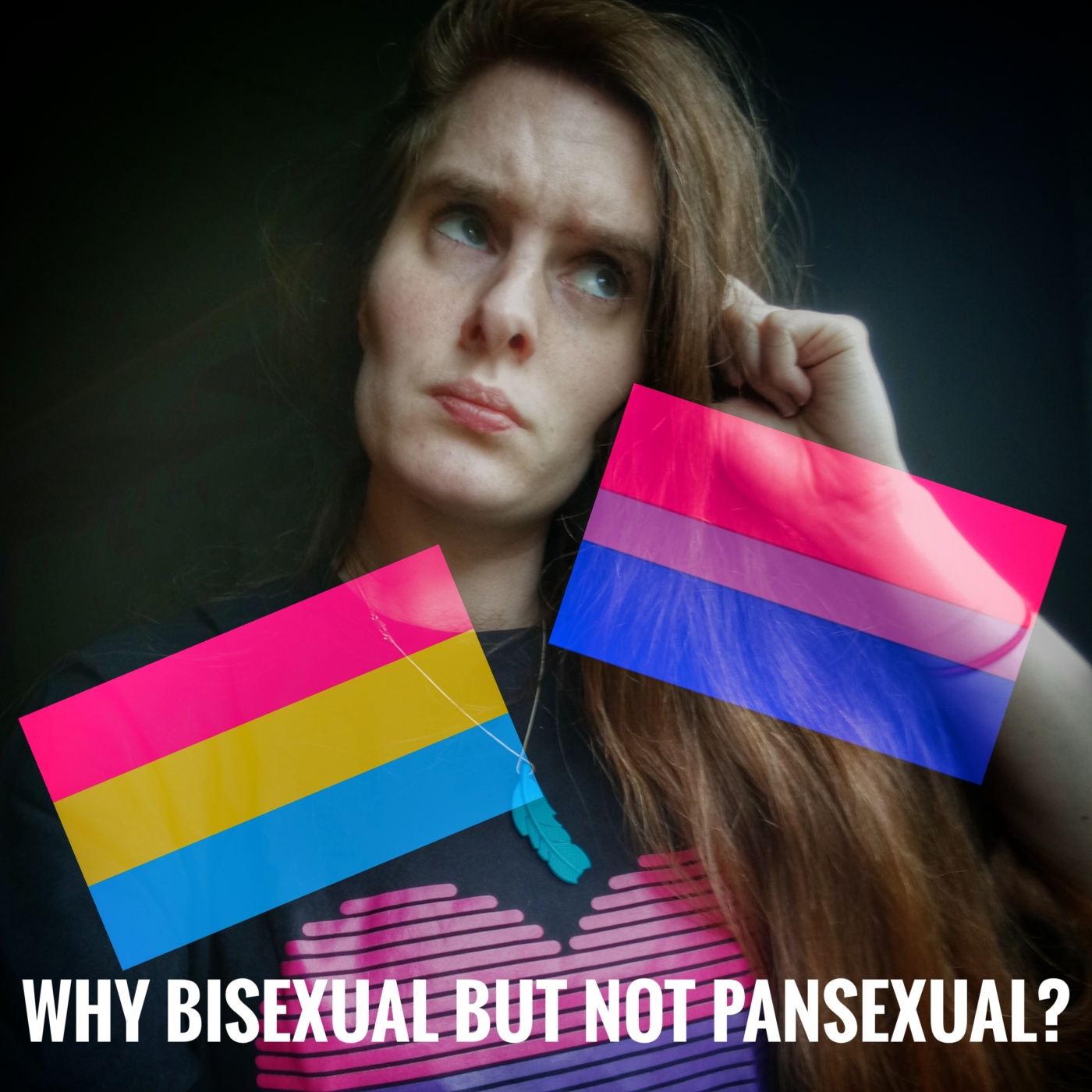 Why Bi and not Pan?
I’d thought I’d clarify the two, and also discuss why I identify as Bisexual, rather than Pansexual. The Bisexual+ umbrella should encourage both Pan’s and Bi people to work together and to combat erasure (instead of fighting amongst ourselves). To this day, Bisexuality is still misunderstood.

Pansexual – Attraction to all genders

The bisexual definition from the very start was possibly the attraction with both men  and women. The fluidity was there. It wasn’t till the 1960’s that Bisexuality started to flourish. However in the 80’s, Bisexuals were also targeted during AID’s epidemic. Bisexual men were more common at this time. Bi men, aswell as gay men, were accused for causing the epidemic, which was a huge blow to the LGBT community. Society had let them down. The flag was originally created in 1998 by Michael Page. Bisexuality’s definition now is attraction to men and women, with the addition of multiple genders. Any labels under the bisexual umbrella for bisexual is now listed as bisexual+.

According to the Oxford English Dictionary, “pansexual” first appeared in 1914 as the word “pan-sexualism” in the Journal of Abnormal Psychology. A doctor named J. Victor Haberman criticized Sigmund Freud’s method of psychoanalysis, and unpacked one part of his theory, which was that “the pan-sexualism of mental life which makes every trend revert finally to the sexual.”In other words: Freud theorized that sex was a motivator of all things, hence “pan-sexualism.”The word “pansexual” itself was derived from the Greek prefix pan-, which means all. And of course, “sexual.” At the time, it was a psychoanalytic term used far differently from how we use it today. (Them, 2018)

Pansexual is subset of Bisexual, part of the Bisexual umbrella. The current Pansexual definition we all know and love today did slowly creep up in the 80’s, but it’s not till the 2000’s and 2010’s that it blossomed into a community, with its own flag appearing in 2010. Alot of people who used to identify as bisexual, now identify as Pansexual as it fits their preferences more. Miley Cyrus is one example of celebrities doing this.

Bisexuality is a whole, fluid identity. Do not assume that bisexuality is binary or duogamous in nature: that we have “two” sides or that we must be involved simultaneously with both genders to be fulfilled human beings. In fact, don’t assume that there are only two genders. Do not mistake our fluidity for confusion, irresponsibility, or an inability to commit. Do not equate promiscuity, infidelity, or unsafe sexual behavior with bisexuality. Those are human traits that cross all sexual orientations. Nothing should be assumed about anyone’s sexuality, including your own. – The Bisexual Manifesto (Bay Area Bisexual Network, 1990)

Bisexual can mean two or more genders. It can also be based on preferences, or what knowledge people know. People believe that Bi is two, as “Bi” means two in latin. That’s understandable. However, Bi was the label used for more fluid purposes, before they popularised Pansexual. Bi was Pansexual. The bisexual manifesto in 1990 even states that Bisexuality is fluid.

Pansexuals like a person regardless of gender. The gender isn’t important, but it’s not strictly genderblind. They are aware of people’s gender, however it’s not their priority. They like people. Pan means all which also is fitting for this label.

A Bi person can like transgender people too. Again, it can also be based on preferences. However, what about Non-Binary? They count as the trans umbrella, and can be included as Bisexuals aren’t transphobic. Bisexual‘s and Pansexual’s fighting over who’s transphobic is absolutely pointless. Both sexualities are trans inclusive. There! Sorted your argument. However, I can understand this is one reason people prefer using Queer or no labels. I can also understand why people simplify using Bi as just attraction to two only, but Bisexuality has evolved. It’s good to be aware of the updated definitions, and to also not erase history.
Bisexuals are more gendered, and can use labels as absolutes. You can like males and females, or maybe males and androgynous. Or like me: males, females and the blurred lines in between. Trans and Non-Binary aren’t missed out. Bisexuals aren’t afraid to blur the lines of their attraction. The definition isn’t rigid.

So, instead of Bi = two gender (in line of two sexes). It’s more of two sexes (also intersex) + all genders.
Some can conclude that Bi is Pan. Especially how the Pan label has only gathered attention recently in modern history. However, I believe that these minor differences of attraction can separate the two sexualities.

For me, I came out as Bisexual last year! I believe I had hints of attraction, but it was more of fascination rather than crushes. Regardless, the feelings towards women and even those who are androgynous grew in time. I will make a detailed post about my Bi journey in the future.

Labels help me personally. They are absolutes. Pansexual is too open for me. It’s hard to say that you like everything, if you’ve not experienced an attraction to other genders (or aware). I like to state my preferences. I am attracted to males, females and whatever’s in between. I love how gender blurs the lines. Trans people are cool too. I don’t care what sex someone is if I am attracted to them. If I find out their biology, It doesn’t bother me. I will label them as their preferred gender, rather than “person”. I look more into gender rather than being gender blind.
As an Autistic who looks into sexuality and gender differently compared to the majority. Being Bisexual brings more opportunities for observation. I get to see many types of people with varying labels, and they are all awesome.

I’m in a “straight passing” relationship, but it doesn’t make me less Bi. Bisexual Erasure is a problem. Some try to erase Bisexuality with Pansexual, or try to invalidate Bisexuality’s updated definitions. The media is notorious for neglecting to mention Bisexuality in LGBT+ issues. WE ARE THE B! The media have also treated Bisexuals as stereotypes for way too long. It needs to change! Biphobia is real, and it’s not a laughing matter.

Finally, I am Bisexual. I like males, females (transgender counts), and whatever in between (Non-Binary). I respect all genders wherever you identify as one, two, fluid or even none. Even if you only use Queer or no label, I still respect you guys. I am not trying to invalidate anyone who is Bi or Pan. You choose who you are. Labels are not for comfort, but for clarity. They also help understand who you are, even if it’s scary at first.